The Fault in Our Stars by John Green
My rating: 5 of 5 stars

This is the first of John Green’s books I read and I like his style of writing a lot.

16-year old Hazel is terminally ill: she suffers from lung cancer and, even though medications keep her disease in check, she requires an oxygen-pump to breathe. Still, walking and especially climbing stairs are hard for her. Her mother makes her visit a support group organised by a church, so Hazel can meet other children who are battling cancer.

During one of those weekly support-group meetings, Hazel meets Augustus Waters, who suffered from cancer himself and lost a leg to the illness. Hazel is intrigued by the likable and witty Augustus, who develops a crush on her. However, Hazel does not want him to fall for her because she fears that she will die and leave him heartbroken. What she didn’t reckon was how stubborn and persistent Augustus is in the pursuit of her. The two of them become friends quickly and Augustus shows Hazel that life, no matter how much of it there is left, is worth living.

John Green takes us on a short journey, during which we get to know Hazel and Augustus; Hazel, who has resigned to the fact that she will never be healthy because of the lung cancer slowly but surely eating away her insides, and Augustus, who successfully fought cancer and therefore learned to appreciate life more than others do. When the two first met each other, I didn’t know who to admire more, since both of them have a unique way of dealing with cancer. None of them wants to be pitied, not Hazel for her oxygen tanks, nor Augustus for his prosthetic leg. They also haven’t lost their sense of humour, making jokes and puns about their medical conditions. Green shows that the protagonists have come to terms with their situation and actually do have a very strong will to live what is left of their lives.

The two of them take an overseas trip together, chaperoned by Hazel’s mother, and Hazel eventually admits to her true feelings toward Augustus.

In my opinion, John Green does everything right in this book. He wrote a vivid story about an ill protagonist, whose life was never normal, and it also never will be. Though her illness would be something to strike sympathy for Hazel, she doesn’t want to be pitied. Hazel is a fighter and has an unbeatable sense of humor that runs throughout the book as recurring theme.

The ending of the book touched me and made me think about life a lot. Green once again shows how thoughtfully he deals with the issue and that a dramatic, tear jerking finale on a death bed is not the only way to end a book about a protagonist who suffers from cancer. The book teaches us that life is worth living, even if you didn’t do something grand or left a deep mark; as long as you were satisfied, your life was a good one.

At the same time equally sad and humorous, John Green writes about an issue that cannot be described as anything else but challenging. The book is not always easy to read, yet it never fails to show the protagonists’ true emotions. It is not a book that I would recommend to read on holidays, but rather when you have enough time to think about it after you finished reading. Why? Let me quote Augustus:

“That’s the thing about pain…it demands to be felt.”

View all my reviews 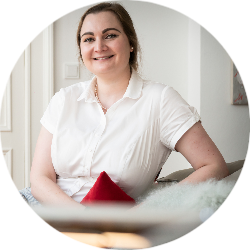 #Lunchables but make them grown-up. 😋🍇 #food